This type of ship for the first time made the passage along the Northern Sea Route alongside the Russian shore. The company Maersk stated that in this way they are exploring the commercial potential of the route through the Arctic Ocean

The container ship of the Danish company Maersk has successfully completed the passage of the Russian part of the Northern Sea Route (NSR), reports The Independent, citing a letter from Maersk.

"The test passage will allow us to study the operational possibility of container traffic along the Northern Sea Route and collect data," the newspaper quoted a representative of the Maersk press service. “Currently, we do not consider the Northern Sea Route as a commercial alternative to our existing network,” the company added.

The container ship Venta Maersk, with the capacity of 3.6 thousand standard containers, left the South Korean port of Busan on August 28. According to Vesselfinder, which tracks ship movements, now Venta Maersk is moving along the coast of Norway. Venta Maersk is carrying Russian fish and electronics from South Korea. The products, in particular, are intended to be delivered to European consumers, notes The Independent.

It is expected that part of the cargo the container ship will deliver to the port of Bremerhaven in Germany, and then it will finish its route in the port of St. Petersburg. Its arrival is expected at the end of the next week.

The mission of the passage should be to test the possibility of using the Route that passes in the waters of the Russian Arctic as an alternative to the trade route from Asia to Europe, passing through the Suez Canal.

Request a call back 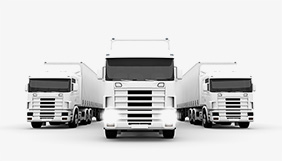